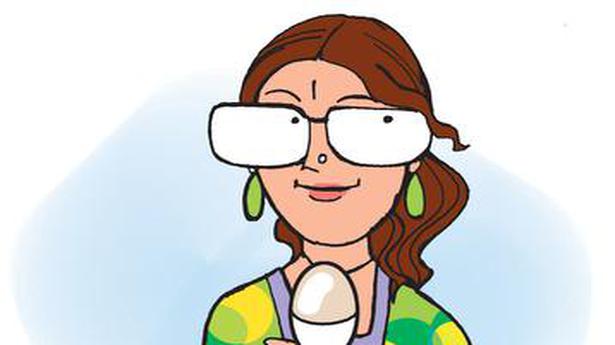 I am a young man from Tenkasi in Tamil Nadu. Previously, you responded to a successful woman in her 30s who works from home and avoids marriage proposals arranged by her parents and brother. You need to understand the dangers of the advice you gave to a woman whose egg production and quality may already be declining in her thirties. If she gets married now, there’s still a chance she’ll have a baby, but you advise against it. He is the archetypal “last man” or “last woman” who has no children, is a very successful city dweller, and travels the world to have as much fun as possible without having an heir. . This is the end of their line. Becoming a mother is the best thing for a woman. Parents and brother do a favor to get her married soon. You can have endless fun and retire at 40, but it’s a waste of youth. You should have advised her to get married.

Your mail burst into my inbox like a chocolate bomb from your neighboring town of Sivakasi. And with the same amount of noise and smoke. I have a cough. In fact, I will need a Cofka lozenge to calm me down and answer your surreal fears about the future of humanity.

I am always pleasantly amused that such existential homilies are never delivered by well-meaning men when there are female infanticides in large numbers which, you will agree, rob the female of her ability to produce eggs very early on. .

In my housing company, too, there was such a family. The brother was always doing a favor for his sister. Insisting that she marry. Censors his phone calls. Slap her if she came home late. Everything for her well-being and her egg count. Then the girl found someone to marry. His eldest in college who loved him. But my brother didn’t like this boy. So he did the biggest favor and killed them both. As you can imagine, no one was lucky enough to find out the quality of the woman’s egg, but since she was in her twenties, it must have been healthy.

Like you, I’m also puzzled that young women aren’t enthusiastic about cooking their husband’s favorite dish and cleaning the children’s bottoms. It’s so much more fun than earning big salaries and traveling the world. But alas, more and more young women say to themselves, you have motherhood, we will have joy. They are clearly too focused on the here and now than on heir and successor.

Then there is Meera, daughter of the family in apartment 17C. Both parents work, the brother does engineering and Meera does computer science. Naturally, a busy family means Mom and Meera have to do a lot of cooking. I have often found that Meera is so focused on making omelets for the family that her own eggs are completely ignored. Will the brother finish breakfast and look for her husband or will he focus on his boiled egg? We do not know. The suspense is intense.

Now that women are more interested in increasing their salary than decreasing their eggs, maybe it’s time for men to become single mothers? Adoption, surrogacy, there are so many lineage options these days.

Meanwhile, what is certainly amusing are India’s demographic statistics. Last time I checked, it was 1.4 billion, or about 17% of all human beings in the world. You don’t need to be afraid that the Indian race will end prematurely. There may not be much air to breathe, but there are certainly plenty of heirs floating around.

Opinion: Domestic violence against women affects all human beings, regardless of race