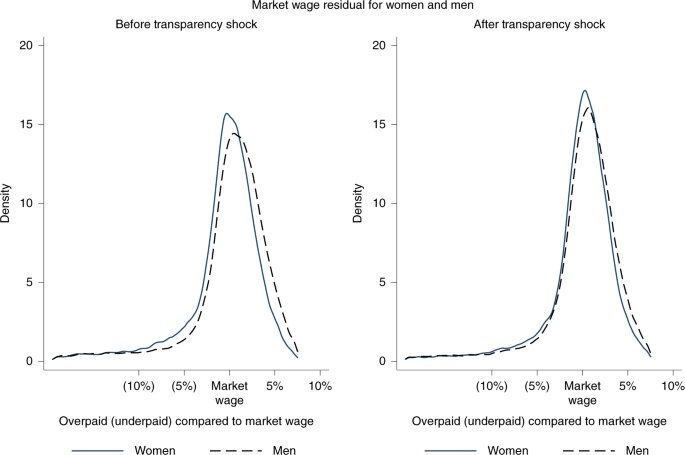 A pair of researchers, one at HEC Paris, Jouy-en-Josas, the other at the University of Utah, found that when universities make employee salaries public, the pay gap between gender is reduced. In their article published in the journal Nature Human behaviorTomasz Obloj and Todd Zenger describe how they studied datasets containing gender and other demographic information, as well as salary data, for thousands of academics over twenty years and what they found found by focusing on the gender pay gap.

Previous research has shown that despite performing equal duties, men in academia are paid more on average than women. The problem has been allowed to persist, Obloj and Zenger suggest, because academic pay, like most other professions, is not made public. University women can’t complain about lower salaries if they don’t know how much their male colleagues earn. For this reason, some universities have started making salary information public, a policy known as salary transparency. In this new effort, the researchers investigated whether this led to a reduction in gender pay gaps.

The work involved obtaining datasets (using the Freedom of Information Act) on approximately 100,000 academics working at public universities in the United States from 1997 to 2017. The data came from both the universities that made public the salary information and those who did not, allowing comparisons to be made.

When universities instituted a transparency policy, salary changes began almost immediately, particularly involving those who appeared to be grossly underpaid. They conclude by suggesting that the establishment of salary transparency will have a very significant impact on the remuneration structures of academics.

This document is subject to copyright. Except for fair use for purposes of private study or research, no part may be reproduced without written permission. The content is provided for information only.

What is religion anyway?