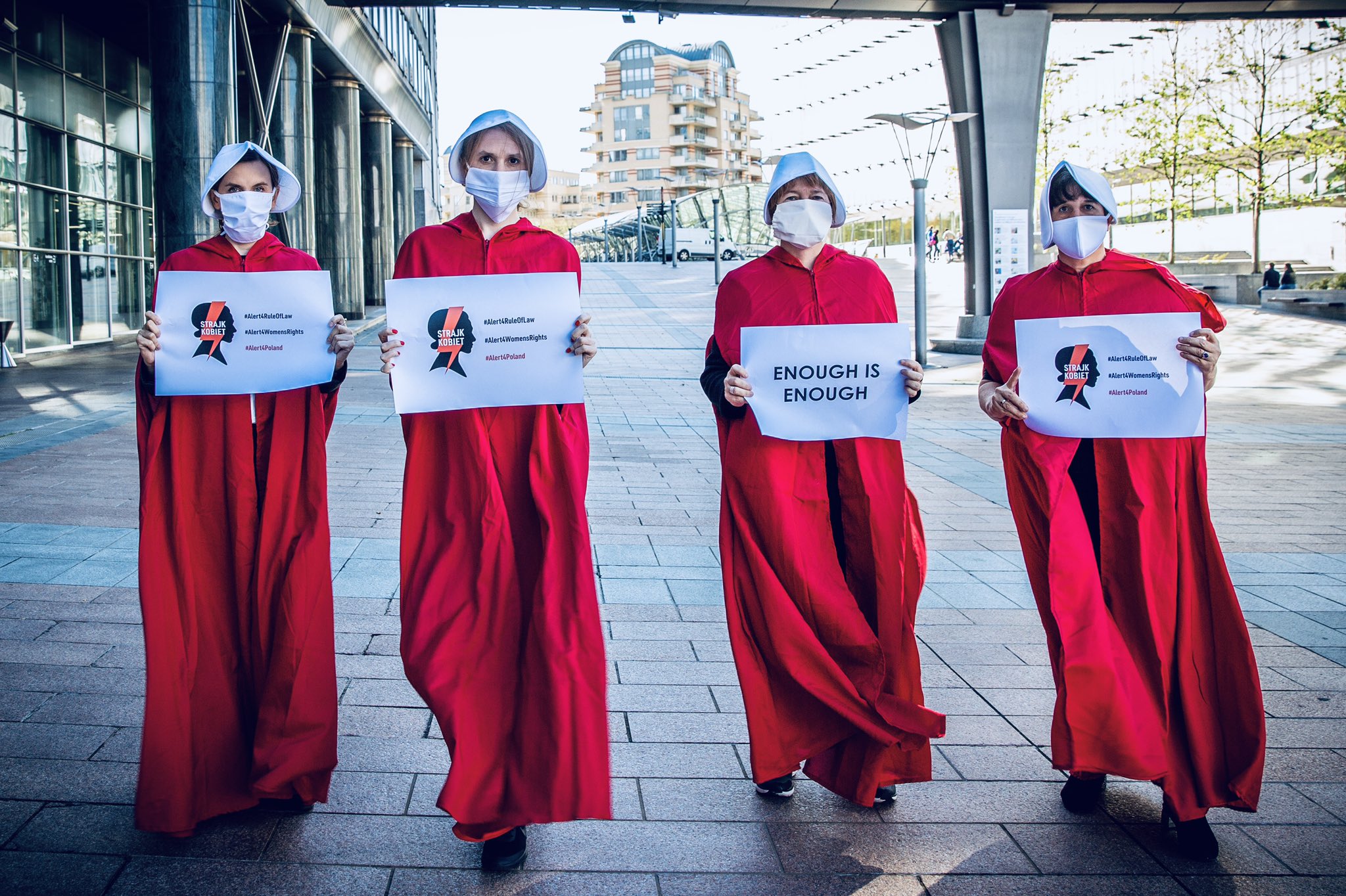 The term “genre” has never been so popular around the world. Outside of the Western context, â€œgenderâ€ has historically been used among small groups of feminist activists and academics. It is a term that does not have an indigenous meaning in most languages. In many cultures, the term â€œgenderâ€, a social construct, is seen as an impossibility: you only have one sex.

Yet over the past eight years ‘gender’ has been used not only by feminists and academics around the world, but has been increasingly spoken out by religious leaders, far-right politicians and activists. human rights. Why this sudden interest? How has this relatively unknown term come to the forefront of political debate over the past decade?

The short answer is that the term “gender” has become what researchers have called “symbolic glue” – a term that binds various, and sometimes unrelated, ideas together for political law, including women’s rights, the gender equality, LGBTQ + rights, reproductive freedoms, immigrant rights, democracy and liberal values â€‹â€‹in general. In fact, right-wing actors have come together to form a movement that largely resists these various ideas under one umbrella: the anti-kind movement.

Between the summer of 2018 and 2019, I lived for a year in Eastern Europe, researching feminist activism in Poland, Slovakia and the Czech Republic. I became familiar with the conservative anti-gender movement, which colors the political, economic and social environments in which feminist activists work. Women activists in this region have been working in these hostile environments for nearly seven years and have developed fascinating resistance strategies that could prove beneficial as American feminists resist the rise of the right in our own country.

The “gender” is defined in Article 3 (c) of the Council of Europe Convention on preventing and combating violence against women and domestic violence, also known as the Istanbul Convention, as â€œthe socially constructed roles, behaviors, activities and attributes that a given society considers appropriate for women and menâ€. This convention, opened for signature in 2011, marks the first time that gender has been defined as a social construct in international law.

In 2011, when the convention first opened for signature, there was (apparently) nothing controversial about expanding international law to protect women and girls from violence. Soon after, women’s rights activists across Europe began to experience a backlash from conservatives over the Convention. The term â€œgenderâ€ became a rallying point for conservatives and the movement was born.

According to prominent Polish scholar and activist Agnieszka Graff, prior to 2013, “feminism” in Poland was “an obscure foreign concept known only to scholars”. However, the discussion of the Istanbul Convention changed that. The movement introduced feminism and the concept of gender into mainstream media. A pastoral letter from the Polish Bishops’ Conference in 2013 marks the start of the anti-gender movement in the country. He states that gender ideology is the product of decades of ideological and cultural changes deeply rooted in Marxism and neo-Marxism, endorsed by certain feminist movements and the sexual revolution.

Anti-gender activists litter Polish towns with posters warning of â€œgenderâ€ and the â€œsexualization of children,â€ organize anti-gender conferences and workshops for parents, distribute petitions demanding a ban on child abuse. ‘sex education, organize protests and maintain anti-gender websites where people can get up-to-date information on anti-gender mobilizations and current strategies of’ genderists’ (feminists and activists and LGBTQ + rights organizations).

The de facto ban on abortion that Poland’s â€œconstitutional courtâ€ decreed today is a step towards a dystopian society where fundamentalists take power.

We must resist this.

In Slovakia, conservative organizations publish lists of organizations and individuals that they claim to represent the â€œgay lobbyâ€. These organizations are said to support gender equality, feminist issues, LGBTQ + rights and sex education. A joint statement released by the Christian Churches of Slovakia in February 2018 said:

The Istanbul Convention considers the root of domestic violence to be the â€œstereotypical rolesâ€ of men and women, and demands that the specific biological characteristics of men and women be abandoned in favor of gender equality as a solution to this. problem.

According to Slovak scholar Zuzana MaÄarovÃ¡, the anti-gender movement has succeeded in building a discourse that links feminism to Marxism, fascism and what conservatives call “queer theory”, arguing that it is about a new variety of totalitarianism.

The movement has succeeded in achieving some of its goals. In March 2019, the Slovak Parliament called on the government to suspend the process of ratifying the Istanbul Convention. In 2018, the Russian parliament decriminalized domestic violence. In Hungary and Romania, the teaching of â€œgender ideologyâ€ has been banned. This has resulted in the closure of university gender studies departments in these countries.

Due to the strength of the anti-gender movement in the region, activists and organizations have been forced to shift their focus away from activism and the provision of services to women and girls and instead use their time and resources. resources to dispel anti-gender myths. -gender movement. Myths such as the convention legally force countries to introduce a third gender. When I asked a Czech activist in 2018 about her efforts in this environment, she said: â€œNow this is just defensive work rather than proactive when it comes to preventing violence in the world. towards women.

The anti-gender movement overlaps with calls for nationalism and national sovereignty. It is often presented as a movement against international organizations and foreign elites seeking to undermine the Western family, nation, church and / or civilization. This is reminiscent of the discourses used by the right in the American context in which â€œcommunistsâ€ and feminists are presented as threats to â€œtraditionalâ€ American values, and fears of the â€œotherâ€ lead to designate immigrants, people of color and workers in the American context as scapegoats. This manifests itself not only in overt attempts to undermine democracy and sow the seeds of public distrust of government institutions, but also in more subtle policy changes, such as attacks on women’s reproductive rights that are emerging. produce in many states of the United States.

In places where the movement is gaining strength, activists have always resisted the far right and have even made positive changes. In Slovakia and Poland in 2016 and 2021, activists took to the streets and successfully resisted restrictions on women’s reproductive rights.

Paradoxically, the rise of the anti-gender movement has prompted many feminist organizations to expand their feminist message. The movement created an opportunity for liberal organizations to position themselves as supporters of democracy, human rights, LGBTQ + rights, women’s rights and gender equality in opposition to the conservative movement. Feminist activists have resisted this conservative movement through inclusiveness – when such a concerted and strong movement exists against feminism, organizations cannot focus on a single issue.

Eastern European activists have important lessons for American activists when it comes to resisting the rise of the right. Most important is the maintenance of broad-based organizations. Organizations should not only advocate for women’s reproductive rights or equal pay; they must also defend LGBTQ + rights, the rights of immigrants and demonstrate a pro-democratic stance. By drawing on the experiences of activists in Eastern Europe, Americans can build a more inclusive movement. Indeed, this is the only way to go.

If you have found this article helpful, please consider supporting our Independent Reports and Truth Disclosures for as little as $ 5 per month.