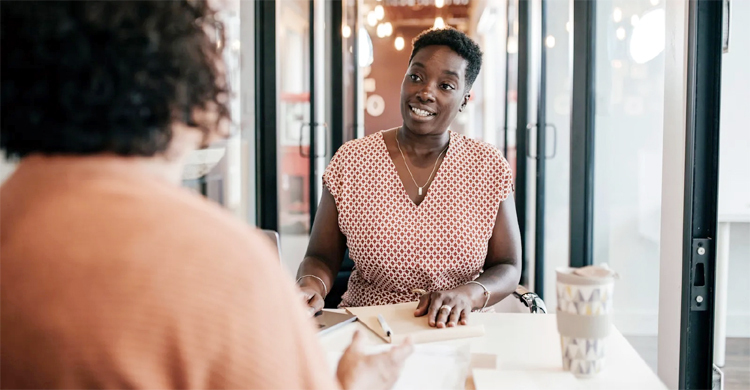 Why job postings don’t include salaries

You are browsing LinkedIn when you come across a promising job posting. The description is inspiring, the team members seem compatible, and you meet most of the qualifications for the job. Then when you get to the part about the expected salary, you find that instead of an actual number there are phrases like “based on experience” or just “competitive”.

What do these words even mean? And why don’t companies just state the salary in advance?

â€œIn traditional corporate environments, the salary is often hidden because it’s a cat-and-mouse game that tries to determine the candidate’s current salary, what they expect and what the company is ready for. pay, â€says Tom Harmsworth. , UK Managing Director of real estate technology company WeMaintain, which operates in the UK, France and Singapore.

But this lack of disclosure hurts workers. Knowing the expected salary in advance allows a candidate to understand if a job will be financially viable for them. It also streamlines conversations later in the hiring process. This matches data from a 2018 LinkedIn survey, in which the overwhelming majority of respondents (61%) said pay was the most important part of the job description. A Glassdoor study found similar results, with salary (67%) being the number one factor that job seekers look for in advertisements.

Nonetheless, many employers still omit compensation details from advertisements, often for fear that it will put them at a competitive disadvantage or cause resentment among existing staff.

Yet there is a growing global movement to make pay transparency not just a new standard, but rather a law. Indeed, a growing body of research shows that companies that disclose their salaries can attract better and more diverse talent, making pay transparency a tangible way to create a more equitable workplace.

There are several reasons why only 12.6% of global companies published the pay scale for a position in their job postings last year, according to a 2021 report from Seattle-based compensation data company Payscale.

â€œEmployers don’t want to publish how much they pay, in part because it will create resentment among members of the organization,â€ says Eddy Ng, Smith Professor of Equity and Inclusion in Business at Queen’s University. , in Canada.

In an ideal world, everyone doing the same job would earn the same amount of money at the start. But it’s not always the case. In some labor markets, employers may have to pay higher wages to attract top talent, which could cause internal conflicts if existing employees – especially those who started at a lower salary – could easily see this information. .

â€œThe other thing, of course, is that when you make compensation public, it’s easier for the competition to poach your employees,â€ Ng adds, noting that they can use that information to compete – and potentially win. – the best candidates. “If you keep the pay private, in a way that protects the employer and also allows the employer more discretion.”

Many employers also withhold salary information to give them more bargaining power with potential candidates as they move into the later stages of a recruitment process, especially when more and more jobs are available. distant. For example, obtaining additional information about the physical location of a potential employee – whether it is a low-cost rural area or a high-cost urban center – can be a key factor in determining of compensation and can ultimately save employers money.

Some companies are also concerned that if they post a salary range, all applicants expect to receive the number at the top of that range, even if that number is only reserved for the most qualified applicants. Receiving an offer at the bottom of the ladder – and accepting it – can spark resentment from the start.

From a candidate’s perspective, all of these factors can signal systemic issues within companies, which have not considered or effectively implemented compensation policies. Shelly Holt, head of human resources at PayScale, explains that much of the hesitation over pay transparency comes from companies that lack both formal compensation structures for their roles and lack of confidence in their salary ranges, often due to market fluctuations.

But while some companies may remain wary of listing salaries, Holt says there is a competitive advantage in moving towards disclosure. Organizations that are more transparent about their salaries can convince the best candidates and attract diverse candidates.

Harmsworth of WeMaintain believes that â€œadvertising salary brackets up front starts the process off on the right foot and reflects [a companyâ€™s] aptitude for transparency â€.

Thus, WeMaintain is one of the companies moving towards full pay transparency. At the end of last year, it distributed a pay and equity policy to its approximately 100 employees. This explains his pay bracket, which is not determined by age or experience, but rather by accomplishments and contribution. He then publicly listed the salary ranges on all job postings this year in an effort to tackle the gender pay gap, and also encourage more women to apply for positions in the industry historically. dominated by male mechanical engineering.

Harmsworth says they have reaped dividends. â€œBeing upfront about the salary brackets has definitely allowed us to see more applicants,â€ says Harmsworth, adding that â€œif the salary brackets don’t exist, I think there may be a trend for some of the top talent on the job. market to does not apply “.

Ng adds that managers who claim to be serious about diversity, equity and inclusion may want to revisit how their company actually communicates this in job postings. â€œIf I know that a company publishes compensation, it tells me that this employer is trying to be fair,â€ he says. â€œOn top of that, it also helps build confidence. “

Equality also extends to improving the pay gap between men and women. Holt adds, â€œPay transparency actually bridges that gender pay gap, and that’s probably because we know that women are less likely to negotiate and more likely to be penalized for asking for a higher pay.

Additionally, according to Holt, as more companies promote pay transparency, they may start to change the way the market works. â€œYou start to force organizations to share more about how they pay and really reduce this inequality issue that exists,â€ she says, adding that â€œinnovative companies that want to win in the talent market will try new ones. things and will push these efforts forward â€.

Indeed, there seems to be a wider trend towards more pay transparency. In Latvia, for example, a new law entered into force in 2019 makes it compulsory to display expected wages on all job vacancies.

In the United States, Colorado became the first state to enact a law similar to Latvia’s earlier this year. It requires employers to disclose hourly wages or pay scales on all job listings, with fines for non-compliance ranging from $ 500 to $ 10,000 per violation. The law builds on a wave of new regulations in 21 US states that prohibit employers from asking applicants about their salary history. Now, many of those same US states concerned about wage history are looking to follow Colorado’s lead in making wage expectations a right for all job seekers.

Toms Blodnieks, the chief operating officer of Riga-based time-tracking software company DeskTime, said that while competitors use these publicly available numbers to compete for talent, he thinks it has largely been. win-win for employees and employers.

â€œPotential employees are very grateful that we post the salary because time is important and we don’t waste any of it,â€ he says. â€œOn our side, too, we don’t waste our time checking the resumes of people who clearly think of a higher or lower salary than what we will offer. “

Measures like these have forced companies to look at pay transparency in a new light. Yet they have not been without their detractors. Large companies such as Johnson & Johnson, Cigna and Nike have included language in their job postings (which does not include explicit salary expectations) specifically prohibiting Colorado workers from applying, according to the Colorado Tracking website. Excluded.

Holt of PayScale believes the move towards more pay transparency will take time, especially for large multinationals. But she sees signs that the tide could change.

â€œI think there are going to be societal pressures that will continue to push this forward, especially in the area of â€‹â€‹diversity, equity and inclusion,â€ she explains. The market is tightening, she adds, â€œso doing things the way we’ve always done isn’t going to help organizations move forward.

Imagine life without fear of being judged