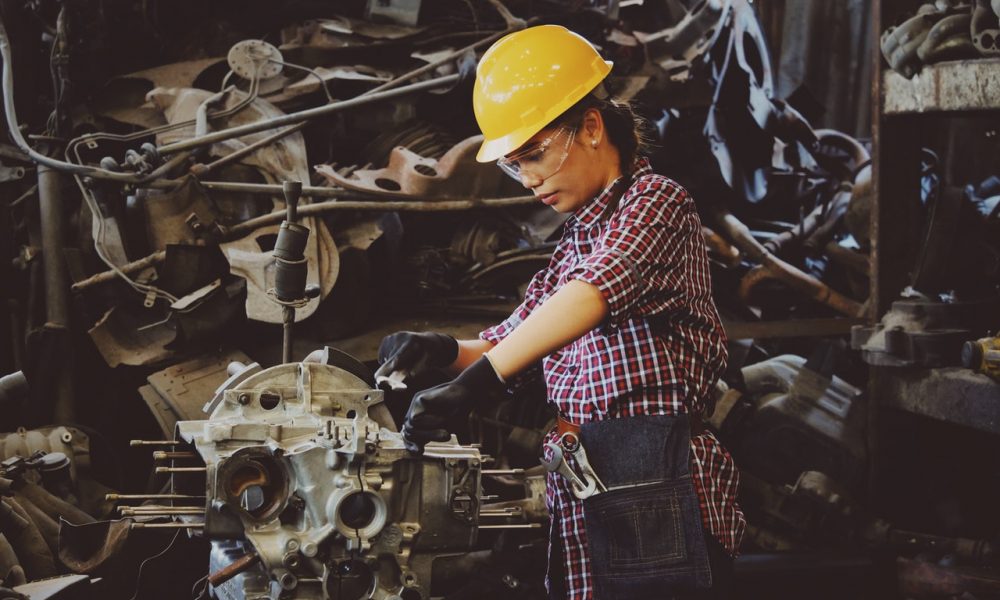 Women with trades certificates, like those with post-secondary credentials, consistently earn less than their male counterparts. This is not only true in predominantly male occupations, but also in predominantly female occupations. The pay gap does not improve over time – in fact, it increases. Women also continue to represent a very small proportion of workers in the skilled trades and are primarily employed in low-paid trades. However, some policy initiatives in a national strategy could be put in place both to close the gender pay gap and to make skilled trades in general – and well-paid trades in particular – a more appropriate option for a worker. growing numbers of women, especially as we try to tackle a post-pandemic economy.

It is important to note that in our analysis, our comparisons are based on average annual earnings – the total of all sources of employment income during the year – and not on wages or salaries – the rate of pay . This means that our study – a joint research project between the Labor Market Information Council and the Education Policy Research Initiative – is not an assessment of equal pay for equal work. For example, we are unable to control for differences in hours and weeks worked, including childcare and other family responsibilities, which often fall on women.

Our results show that women with a vocational certificate earn on average less than half (46%) of what men earn eight years after obtaining their certificate. This gap is largely explained by the over-representation of women in low-paying jobs. In fact, over 80 percent of women in the trades are certified as hairdressers, cooks and bakers, where they are earn on average between $ 27,000 and $ 41,000 eight years after certification, while their male counterparts earn between $ 36,000 and $ 51,000.

The central problem is representation. Overall, women make up less than 10% of certified journeypersons in Canada, and even less in the higher paying trades. For example, women certified in the electrical trades represent less than 2% of journeypersons and earn an average of $ 72,500 eight years after their certification. This is less than men certified in the same trades ($ 85,100), although the difference (15%) is much smaller than the gap in low-income trades (which is between 20 and 25%) . Simply put, we need to focus first on creating opportunities for women to learn more about the skilled trades in general and the high income, male dominated trades in particular.

Reducing barriers for women entering high-paying trades is crucial. The barriers are not hidden. First, there is a lack of awareness. We need to make sure that women have the right information at the right time to make decisions about their career path. Raise awareness and inform more about apprenticeship programs and careers in the skilled trades to high school graduates is an important step in this regard. Female students should be particularly encouraged to take courses that enhance their skills and knowledge of the trades. This can be done by offering mentoring programs and career counseling services to high school students. Unfortunately, too many students are unaware of the possibilities for study and employment. Friends, family and social media are theirs most common sources of labor market information, and female students place more importance on these sources of information than male students. In fact, the lack of career guidance pushes students to use these more accessible sources, which do not necessarily provide reliable and up-to-date information.

Second, discrimination and existing perceptions of male identity in trades – for example, that metalworking is too ‘hard’ for women – can discourage women from entering these trades – even if they have enough skills. information and knowledge about them. Workplace policies in male-dominated trades could help encourage more women to consider these trades.

Another area of â€‹â€‹important policy interest should be reducing the pay gap between men and women in the workplace. This is another disheartening fact for women. It exists and increases over time, whether a skilled trade is predominantly female, such as hairdressing, or predominantly male, such as electrical trades. As shown in Figure 1, women earn less than men in the first year after certification, and this wage gap increases over time, even in female-dominated occupations.

Today, given the unprecedented impact that the COVID-19 crisis has had on women’s employment, we need to ensure that stimulus packages include and address pre-pandemic structural issues such as the gender pay gap, gender discrimination in the workplace, and the shortage of women in skilled trades.

The 2021 budget is already taking steps in this direction, as employers will be eligible to receive up to $ 5,000 for all first-year apprenticeship opportunities to pay for up-front costs such as salaries and training. In addition, to increase diversity in the Red Seal trades in construction and manufacturing, this incentive will be doubled to $ 10,000 for employers who hire under-represented people, including women. This is a first step in the right direction. However, Canada needs a collective and effective national strategy to welcome women entering and remaining in the skilled trades and to reduce the wage gap.

This item first appeared on Policy options and is republished here under a Creative Commons license.